Yehoshua Perl, PhD, is a professor in the department of computer science at New Jersey Institute of Technology. From 1975 to 1985, he was a lecturer and senior lecturer at the Bar-Ilan University in Israel; from 1982 to 1985, he was a visiting associate professor at Rutgers University in New Brunswick. Perl joined NJIT’s Department of Computer Science in 1985; he was appointed professor in 1987.
After faithfully serving as gabbai for many years, Dr. Perl was elected president of the congregation. 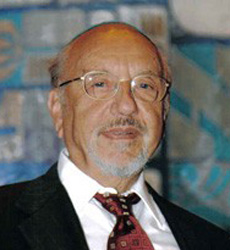 Herbert Jaffe served with distinction as president of our congregation for close to two a quarter century. His dedicated leadership in close cooperation with the Rabbis and his humble and unassuming commitment to the values of our congregation were evident in his activism on behalf of the State of Israel, Jewish education and outreach belies their significant impact on the achievements of our synagogue, the State of Israel and of many outreach and educational institutions in our community. He is devoted “b’chol nafsho um’odo” with all his energy and resources, to maintaining our traditions with sensitivity and warmth. 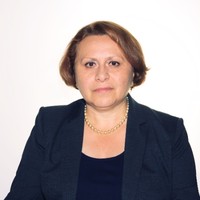 Gail Shamilov is a Financial Executive with broad experience in financial planning, reporting, budgeting and managing day to day financial activity in nonprofit and private sectors.
She became Chief Financial Officer at Lawyers for Children, a non-profit advocating for the rights of underserved children after resigning from her prior position in protest of their anti-Israel stance.

Gary Jacoby is a successful businessman and long-time member of our Congregation. In fact, he is a second-generation member of Machane Chodosh.  Gary serves as gabbai with a warm touch and friendly attitude, ensuring that no one is left out of the service, and everyone is given an opportunity to participate and feel included.

Jon has over 30 years of successful sales and sales management experience with a heavy emphasis building technology organization’s sales and marketing teams from the ground up. When he is not strategizing how to grow the Congregation or studying Torah, Jon serves as Vice President of Sales at Street Diligence where focuses on building their sales organization and market awareness in a variety of verticals. Jon received his Bachelor of Science and Masters in Public Administration from Long Island University. He has lived in Rego Park with his wife Marina and son David for the last 12 years.

Richard “Ricky” Schneider has become known as the Jewish Pied Piper of Forest Hills. This accolade is richly deserved, for Ricky has developed a Talmud Torah of more than one hundred students from early child to college level. Year-round activities mold our youth into educated and committed Jews.
A typical example is the recent trip to Israel of twenty students under Ricky’s guidance. The important facet is Ricky’s personal relationship with his students beyond their time in class.